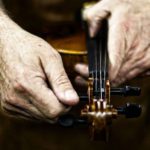 The Adult Beginner – Relearning your Childhood In 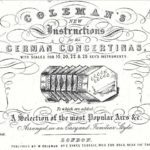 Martin Wynne’s No. 1 Played by a Young Irish Flute Player to Watch

One to Watch – An Up and Coming Young Irish flute Player

We were very lucky to have talented 10 year old Irish flute player Lauren Carr and her mum, Maria pop into us at the weekend.

Lauren’s favourite tune at the moment is Martin Wynne’s No. 1 taught to her by Kevin Shields. Kevin is a well known Dundalk Irish wooden flute player and grandson of Louth music legend, Irish flute and fiddle player, John Joe Gardiner.

Lauren has been a member of the Armagh Pipers Club since the age of seven. She recently competed in the Under 12’s Ulster Fleadh and won silver medals in two categories for Flute and Flute Slow Air.

She’s also been accepted to play in the Oriel Traditional Orchestra in Dundalk. She’s already rehearsing with them for their next concert in Dundalk Institute of Technology on 14th November.

Lauren started playing the Irish flute at seven years of age and her first flute was a Sam Murray Blackwood flute which she purchased from us here in McNeela Instruments. We were delighted to see her again back to buy Sam Murray’s keyed flute.

Despite coming from a musical family, this is the Carr’s first foray into Irish traditional music. According to mum, Maria, they are absolutely loving discovering this whole new musical world.

Lauren has three brothers, Philip who is 8 plays the banjo and Conall, 5 plays the button accordion. The littlest has yet to start but will probably get Lauren’s original keyless Sam Murray flute as his starter instrument. Lucky him!

Lauren practices flute every day for at least 30 minutes and loves it. She’s obviously a natural and a name to watch out for in the coming years.

Here she is playing it for us on her new Sam Murray keyed flute at our studios in McNeela Instruments in Baldoyle. Isn’t she fantastic!

More power to you, Lauren and we wish you the greatest enjoyment of your new Sam Murray keyed flute. Go n-éirí go geal leat! 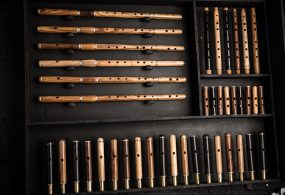 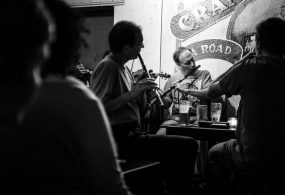