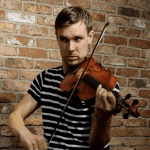 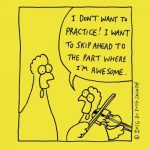 Second in our series of traditional Irish music legends – She has been called Ireland’s “Queen of Trad”, the very mention of her name evokes everything that we love about traditional Irish music; its spirit, its gloriousness and its magic. Mairéad Ní Mhaonaigh has been wowing audiences with her musical performances both on fiddle and as vocalist and composer for nigh on 50 years.

Born into a musical family in the Donegal Gaeltacht, Mairead’s first language was Irish and she learnt most of her songs through Irish. She was taught Irish fiddle by her father, the venerable Proinsias Ó Maoinaigh and was also tutored by Dinny McLaughlin and helped along and influenced no doubt by the many visiting musicians who would frequent the Ó Maonaigh household in Gweedore.

She is famed for her Donegal style of fiddling, characterised by fast playing, aggressive bowing, octave playing and a no-frills attacking approach, and revered for her stunning and distinctive vocals.

“Mairéad Ní Mhaonaighs’ beautiful airs had us begging for more. Every corner seemed to echo with her voice long after the music had stopped” Evening Press, Dublin

Singing primarily through her native language she is considered the foremost Irish singer of her generation and in her 60th year is as active as ever. With a plethora of awards under her belt both solo and group and as part of trad music legends, Altan, Ní Mhaonaigh has done more for females in traditional Irish music than practically any other living person.

It was in the late 80s when Mairéad decided to dedicate her life full time to music, she had been a primary school teacher in North County Dublin, and during this time released an album with her husband, the late great Frankie Kennedy, called Ceol Aduaidh (Music from the North), considered to be one of the most influential Irish traditional music albums of the period. Buoyed by this critical success and ensuing jam-packed concert venues they both left their teaching jobs to focus on music. They set up Altan in 1987. Described by the Virgin A&R man who went on to sign them as “the Sex Pistols of traditional Irish music”, their influence over the following three decades on traditional Irish music has been immeasurable and is still going strong.

The band have released sixteen albums to critical acclaim. Their 1993 groundbreaking album, Island Angel appeared on Billboard magazine’s World Music charts for eight months, introducing their sound to a new audience in the United States. Altan released their latest album, The Gap of Dreams in March 2018.

“The Gap of Dreams is a beautifully realised collection of new and traditional tunes rooted in their home place of Donegal. Ní Mhaonaigh contributes two gorgeous tunes of her own  … and her voice tends her pitch-perfect song choices with customary care … Unhurried and richly stitched, with arrangements that let the music shimmer, Altan are back – with gusto” The Irish Times

Ní Mhaonaigh, hectically busy outside of her group work, released her first solo album, which included her own musical compositions, Imeall, in 2009 to wide acclaim.

“There’s a huge sense of exploring new pastures on Mairéad Ní Mhaonaigh’s solo debut … Imeall is exactly that: a snapshot of an artist on the brink of something new, of terrain yet to be travelled. A wealth of guest musicians appear, but Ní Mhaonaigh’s musical voice is stripped magically bare here … Three songs of her own showcase a singer finally coming home to her own voice – and world – in earnest” The Irish Times

Mairéad is also a founding member of the all-female group, T with Maggie, containing the who’s who of traditional Irish musicians – Moya Brennan, Tríona Ní Dhomhnaill and Maighread Ní Dhomhnaill. She plays with Na Mooneys, a family group she set up in 2016 with her nephew and fiddling sensation, Ciarán Ó Maonaigh along with her siblings, Anna Ní Mhaonaigh and Gearóid Ó Maonaigh and she also plays fiddle as part of the fiddle ensemble, String Sisters.

Her life has not been without tragedy; she lost her husband and childhood sweetheart, fellow musician, Frankie Kennedy, to cancer when he was just 38. Heavy hearted though she was, she did not disband the group, the music kept her going and she penned what is widely regarded as one of her best compositions, A Tune for Frankie, amidst her grief.

“The tune’s beauty lies in its melancholy pace, meandering G Dorian melody and oddly phrased rhythms which place it somewhere between a slip jig and a double jig. There’s no other tune quite like it and Altan’s recording on Blackwater from 1996 is reminiscent of the Bothy Band at their best” Journal of Music

She also says that her appreciation of traditional Irish music was deepened by Kennedy’s death, “I realised then that there’s an understanding or a depth to the songs that wasn’t there before and without sounding too high-falutin, somehow the ghosts of other people come to you through the music.” www.irishnews.com

In 2017 she received the Gradam Ceoil awards’ highest accolade, Ceoltóir na Bliana (traditional Irish musician of the year), only the fourth woman in over 20 years to do so. Her best known composition, The Red Crow (reel) has been recorded multiple times, fifteen to date. Ní Mhaonaigh continues to perform and tour as part of Altan and her numerous other ensembles. She has played with Enya, The Chieftains and Dolly Parton and can count fellow-musical greats such as The Rolling Stones and bluegrass legend Ricky Skaggs among her legions of fans.

Luckily for us, there’s no sign of this living legend slowing down!

See Altan’s website for more details of upcoming gigs around Europe and the rest of the world: https://altan.ie/live/ 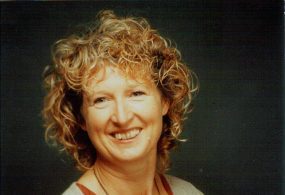 Widely acknowledged as one of Ireland’s finest whistle players ever, she has been described as one of “the iconic pe... 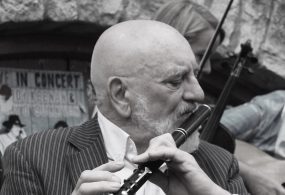 My third post on living legends of traditional Irish music is about Matt Molloy, a man who has become so synonymous with... 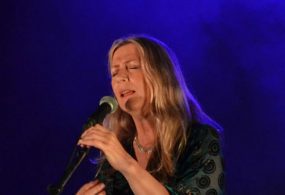 Second in our series of traditional Irish music legends – She has been called Ireland’s “Queen of Trad”, the...