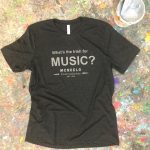 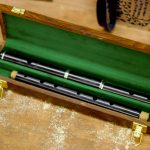 Why You Need To Own a Jeffries Concertina

Agreed by most to be the Holy Grail of concertinas, the Jeffries Concertina continues to be the most sought after concertina of all time.

Chris Algar of Barleycorn Concertinas, widely regarded as the foremost concertina expert in the world, rates Jeffries-made concertinas as his favourite.

The level and quality of the craftsmanship in Charles Jeffries and Sons workshop in London back in the late 1800s and early 1900s has yet to be rivalled by any modern maker.

So what is it that makes the Jeffries concertina so perennially popular and so distinctly superior?

“… none of the new makers seems to have made a concertina that sounds like a decent Jeffries!”.

They sound beautiful – their tone is sweet and strong – most of this is thanks to the reeds. Charles Jeffries used strong steel reeds in the making of his concertinas, the production of which he was very secretive.

He refused to supply other makers with his reeds and he took the secret of their superiority to the grave.

Jeffries concertinas are easy to play and highly responsive thanks to their intricately crafted mechanism.

They are also famous for the exceptional response from the reeds and therefore the ability to really control dynamics.

Jeffries concertinas are extremely durable and are often likened to having a sublime build akin to that of a classic car.

It’s hard to mistake a Jeffries Concertina. From the beautifully decorated fretwork of the mirrored metal ends or polished wooden ends, to the gold leaf tooling on the bellows-frame. The elegant buttons are usually made of bone or metal.

Jeffries only made a certain amount of concertinas. That’s it. There will never be any more Jeffries concertinas and as Paraic McNeela recently said, “… none of the new makers seem to have made a concertina that sounds like a decent Jeffries!”.

So to own a Jeffries concertina is to own not only a piece of history but to also possess the best possible iteration of the anglo concertina model.

Don’t deny it, there’s something wonderful about turning up at a traditional Irish music session or an Irish music summer school with an instrument that the well-informed fellow musician and tutor will appreciate and compliment.

If you turn up at a session with a Jeffries concertina, you’ve gained instant respect.

A word of warning, if you do show up with a Jeffries expect to be buying the drinks for the rest of the night – it will be assumed you’re loaded!

The Most Important Feature of a Jeffries Concertina

But really, it’s how the concertina sounds and how it responds to your touch that will ultimately sway a player. The Jeffries concertina would never have gained popularity without these all important factors.

The fact that the Jeffries concertina continues to be top of all performers wish lists for over 150 years is testament to the superiority of this beautiful concertina.

Modern makers like Suttner, Dipper, McNeela and Carroll will continue to try and capture that elusive Jeffries quality. Until they succeed however, the only concertina you’ll ever truly want to own is a Jeffries!

If you’re a beginner on the concertina there is absolutely no doubt that the playability of a Jeffries will contribute to faster learning, more enjoyable music making and a more focussed sense of responsibility to do justice to this perfect music machine.

The Jeffries will literally inspire you to be the best concertina player you can be.

Imagine you attend one of Noel Hill’s famous concertina workshops, with a Jeffries under your arm. Hill nods his approval, your confidence grows and you finally learn a complicated Irish reel. The one you’ve always wanted to learn but thought you never could!

Think of that sense of achievement made even sweeter by resurrecting the voice of your antique Jeffries concertina for a modern audience.

Imagine knowing that the concertina you’re holding has borne witness to well over a century of music-making, session playing and general merriment among friends and musicians. What a wonderful conversation piece and what a lovely feeling to own a concertina with such a story to tell.

Imagine some time in the future when you’ve maybe decided to try another instrument or you need some ready cash. Jeffries have excellent resale value and more often than not go up in value as time goes by, especially in today’s ever expanding international concertina market.

So you sell on your Jeffries for a healthy profit and walk away with a tidy sum (which, admit it, you probably use to buy an even more expensive Jeffries!).

How Difficult is it to own a Jeffries?

A Jeffries concertina represents the pinnacle of concertina making worldwide, however nothing this good ever came easy!

Firstly, Jeffries are notoriously expensive, expect a good Jeffries to set you back between €5,000 and €9,000 and possibly more.

Secondly, parts are in short supply, especially the famous Jeffries steel reeds, and there are only a finite amount available.

Thirdly, it can be very hard to actually source a good Jeffries from a reputable dealer, such is their popularity. Repairs can also often be very expensive and time-consuming.

Don’t be discouraged if you find yourself nodding to the above and you can’t afford the hefty price tag of the Jeffries Concertina and the potential upkeep, we at McNeela Instruments have the next best thing to a Jeffries concertina, our very own McNeela Phoenix Concertina.

The Phoenix Concertina is fast gaining a reputation for its sweet tone boasting a beautiful ‘concertina sound’. That’s thanks to the tipo a mano (hand finished) reeds, crafted from Swedish sound steel by Czech artisans. These professional steel reeds open out and improve with play so the Phoenix Concertina actually improves with age.

The Phoenix is also highly responsive and sublimely easy to play. A life long concertina player and Phoenix owner recently stated how he loved:

The bellows are made from durable leather and if properly stored improve with age.

The Phoenix concertina is so easy to play that even a child makes it look effortless. If you need proof, take a look at  7 year old  Oisín gliding over the buttons with nary a hitch or a fumble.

Ok, so it’s nowhere near as flashy as a Jeffries concertina but it has a subtle elegance that gradually reveals itself. From its modern satin black finish, to the simplicity of the black leather bellows.  From the carmine red bushings on the dome topped buttons to flashes of the action pan viewed through the decorative fretwork. When it comes to excellent design, sometimes less is more.

Unlike a Jeffries concertina, the Phoenix concertina comes with a 3 year guarantee. This means t’s covered for parts and repairs for three years and thereafter for a nominal fee. Because it’s a new build there will always be parts available, so your financial outlay is minimal and transparent.

Shipping a highly valuable concertina across the world is a fraught experience. Any shipments of Jeffries must be insured on top of the hefty shipping fee. The Phoenix Concertina comes with Free Shipping to anywhere in the world with zero need for insurance!

You have a 30-day trial period with the Phoenix unlike a Jeffries which must often be bought sight unseen.
To conclude, if you have plenty of time and money, go for a Jeffries Concertina, every time, but, if you find you’re short on either, why not take a good look at the McNeela Phoenix Concertina, you might just be amazed!

The Best Beginner Tunes for Irish Concertina Published: November 3, 2020 Did you know that not all ‘beginner’ tunes ...

Concertina FAQ – The Difference Between the English, Duet and An

The world of concertinas can feel very intimidating to the uninitiated! I frequently receive questions from confused pro...