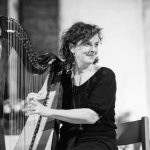 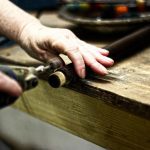 Imbolc or Imbolg, strongly intertwined with La Fhéile Bhríde (the festival of St Brigid or St. Brigid’s Day), is an ancient Celtic festival dating back as far as, and possibly even further than, the 10th century. It’s one of the four major Celtic festivals which also include Bealtaine, Lughnasa and Samhain.

It marks the beginning of the end of winter and celebrates the first tentative signs of spring!

Imbolc or Imbolg literally means ‘in belly’ and refers to the fertility explosion in both the animal and plant kingdom around this time of the year.

Imbolg was often marked with bonfires and the lighting of candles around Ireland, both signifying the much hoped for sunshine that was surely to come. 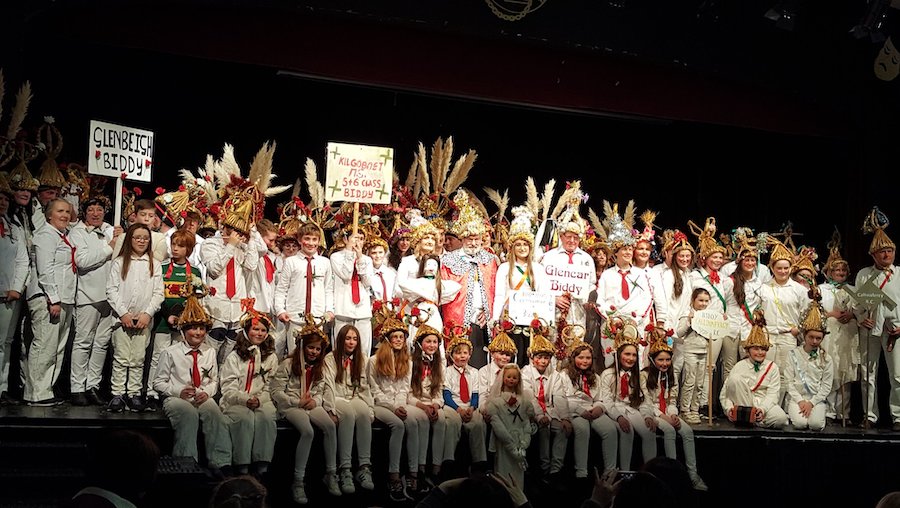 Processions were also held across the Celtic areas of north Europe. Some continue to this day in small pockets of Europe. One such procession usually takes place in Co. Kerry each year. Scroll down for details of the annual Imbolc procession in Killorglin, Co. Kerry.

Its shape possibly derives from the pagan sun wheel.

It is also traditionally believed that the Saint Brigid’s Cross protected the house from fire and evil.

In Christian mythology, St. Brigid and her cross are linked together by a story, telling us how she weaved this form of cross at the death bed of an Irish pagan chieftain who upon hearing what the cross meant, asked to be baptised.

How to Make a St Brigid’s Cross

Brigid (Brigit, Brighid, Bride, Bridget, Bridgit, Brighde, Bríd and Bríg!) was the Celtic goddess of spring, fertility, healing, poetry and smithcraft. She was also associated with holy wells, sacred flames, and healing, and was later Christianised as St Brigid.

You won’t find too many processions around Ireland these days but the town of Killorglin near Killarney in County Kerry has revitalised the tradition and celebrates ‘Biddy’s Day’ every year usually holding a torchlight procession through the town along with plenty of traditional Irish music events in various venues and pubs.

There’s a prize for the best Brídeóg, a straw doll representation of Bríd made from rushes or reeds and clad in bits of cloth, flowers or shells, and the Brídeóg or Biddy visits houses throughout the area carried by a group of straw boys akin to the Wren boy parades.

Unfortunately, the Biddy’s Day parade has been cancelled this year due to Covid-19 restrictions however the organisers hope to be back with a bang in 2023.

On the 1st of February 2023 Ireland gets a new bank holiday! Yes, the Irish government has answered the calls for St Brigid to be given equal status to our other patron saint, St Patrick. As former minister for foreign affair and justice, Charlie Flanagan TD has noted:

“Brigid is an iconic all-island figure, a real fusion of traditional Ireland and a modern inclusive Ireland. She is an amalgam of Celtic and Christian mythology. She also taps into a deep spirituality which precedes Christianity.”

This new public holiday will surely bring with it an increased interest in Imbolg and all that it represents.

At one time, weather predictions were also made based on how the weather was on the 1st of February (much like the USA’s annual Groundhog day on the 2nd of February).

If the 1st of February dawned bright and sunny, paradoxically it meant a long wintery spring ahead but, if the weather was terrible the population could breathe a sigh of relief and look forward to an early spring and better weather.

I’m happy to say that the 1st February here in Dublin is wet and windy! 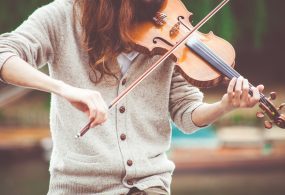 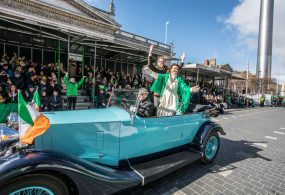