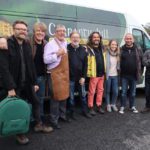 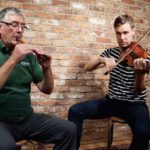 Concertina playing in Ireland practically died out in the middle part of the last century with just a few outliers in Co. Clare keeping the tradition alive. This is surprising considering the proliferation of concertinas in Ireland between the mid 1800s and early 1900s.

In fact it was said of Ireland, particularly the western counties that there was a concertina to be found in every household ready to be played by occupants or visitors to entertain the household with traditional Irish music and folk tunes.

Concertina playing was originally a musical pastime of the well-off in Britain, the first concertina was crafted by English scientist and inventor, Charles Wheatstone in 1829. Gradually due its prestige and sweet sound concertina players were to be found in fashionable drawing rooms all over the country.

This of course spread to Dublin and the big houses around Ireland and performances were given where concertina players dazzled the audience with a predominantly classical and English folk repertoire.

So, contrary to popular belief it was the English concertina crafted by Wheatstone that first took Ireland by storm, albeit the monied classes. 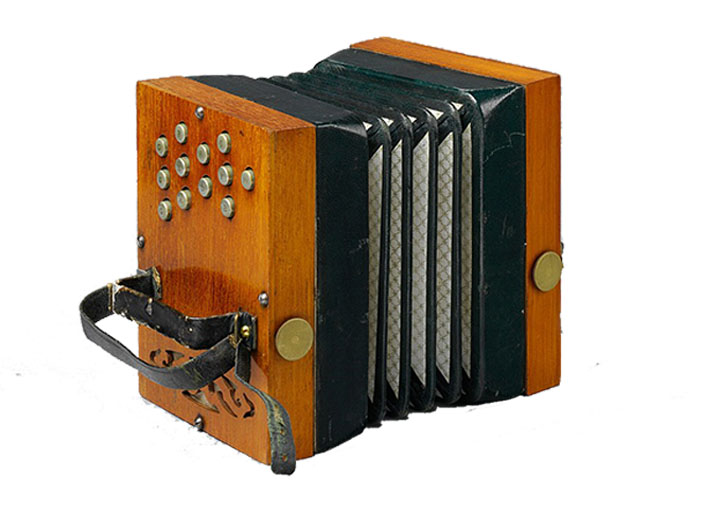 One particularly popular performer at the time was was child prodigy, Giulio Regondi. He often came to Ireland to perform and one memorable concert in Belfast in 1835 prompted this ecstatic review:

“In his hands the instrument called the Concertina emitted a succession of sweet and silvery sounds, now and then resembling the tones of the Dulciana stop of a well tuned organ; and again the trembling modulations of the Eolian harp.

They seemed to float in the air, as if they were the echo of some Seraph’s voice; and when the little Regondi, thus employed, stood before us; with his locks waving on his shoulders and glittering like sunbeams, sparklingly reflected from a surface of gold, our imagination converted him into a juvenile Apollo, charming his audience, at once, with the graces of his person and the harmony of his strains”

It was inevitable that this much lauded instrument would filter down to the masses. However, due to the expensive nature of these instruments there was a gap in the market, which German makers seized with gusto.

The first German concertina was crafted by Carl Uhlig of Chemnitz, Saxony in 1834. This concertina is a direct relation to the latterly named Anglo-German Concertina(shortened to Anglo) which is the most commonly played concertina in Ireland today.

These cheaper concertinas were more affordable than the so-called English concertinas and were quickly bought up by the less well off, even to be found at the height of their popularity on children in the notorious workhouses.

This proliferation among the less fashionable meant the concertina fell somewhat out of favour of the well to do. The concertina’s popularity really got going after the The Great Famine of 1845 and continued unabated from the 1850s until the early 20th century.

Of course traditional Irish music comprising of jigs, reels, hornpipes, slides etc. were all well suited to the speedy nature of the German concertina and pretty soon every dancehall, public house and street corner in Ireland had a concertina player.

Read all about The Golden Age of Concertina Playing in Ireland

* ref: The Guardian and Constitutional Advocate, 8 May 1835 Citation taken from Dan Worrall 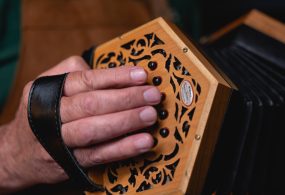 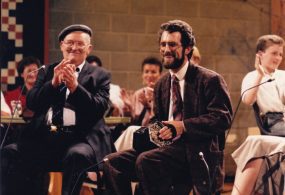 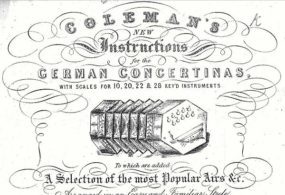 Last updated on May 10th, 2022 at 01:18 pmI get several enquiries a day regarding our best-selling anglo concertinas, fr...