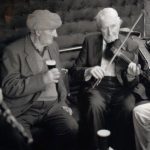 The humble tin whistle is probably the most popular wind instrument in traditional Irish music. John O’Brien, maker of premium Irish whistles, Setanta Whistles, has these words of wisdom for whistle buyers at our online Irish whistle store.

It’s a type of fipple flute, putting it in the same class as the recorder, the Native American flute, and many other indigenous woodwind instruments.

The tin whistle is closely associated with traditional Irish music, but also plays an important role in the folk music of many other cultures such as the Kwela penny whistle music of South Africa and Malawi.

Choosing a Key for Your Irish Whistle

Tin whistles are available in a wide variety of keys, generally from Low D to High G.

D tin whistles allow you to play comfortably in the keys of D major and G major – two of the most common keys found in traditional Irish music.

Generally, these keys are are divided into three categories:

Soprano, Alto and Tenor are simply terms which refer to the key or range the whistle plays in.

As you can see, the soprano tin whistle and low whistle are members of the same family and are technically the same instrument. The low D model is simply tuned an octave lower than the soprano D. Therefore, the body is wider and twice as long.

To learn more about this popular variant, check out the McNeela blog post Everything You Need to Know About the Low Whistle 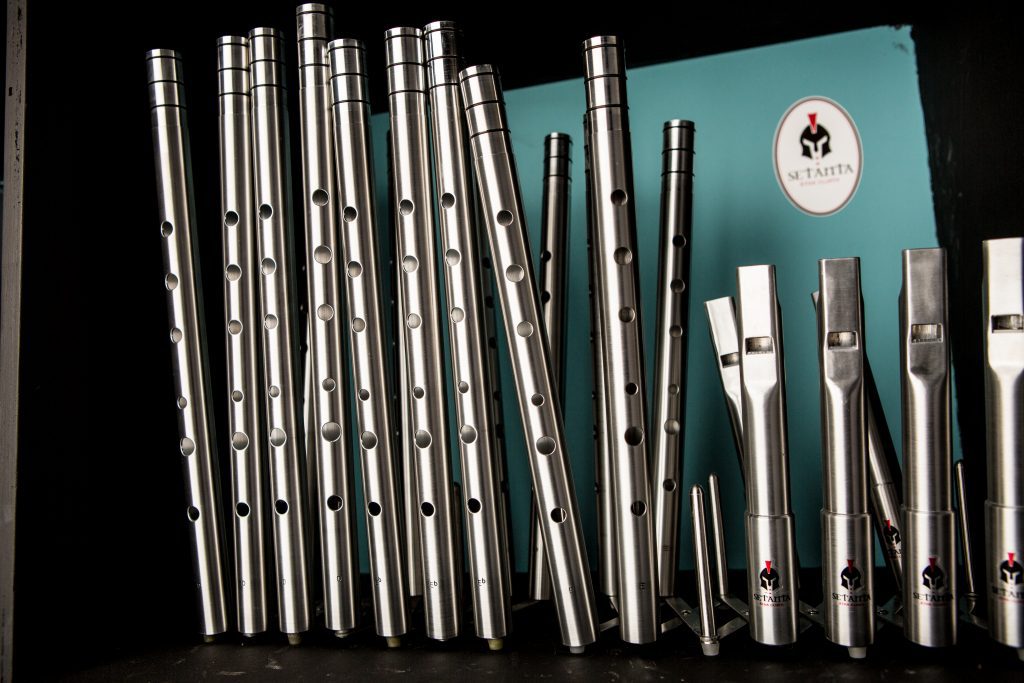 The answers to the following two questions will probably convince you to buy a tunable whistle: 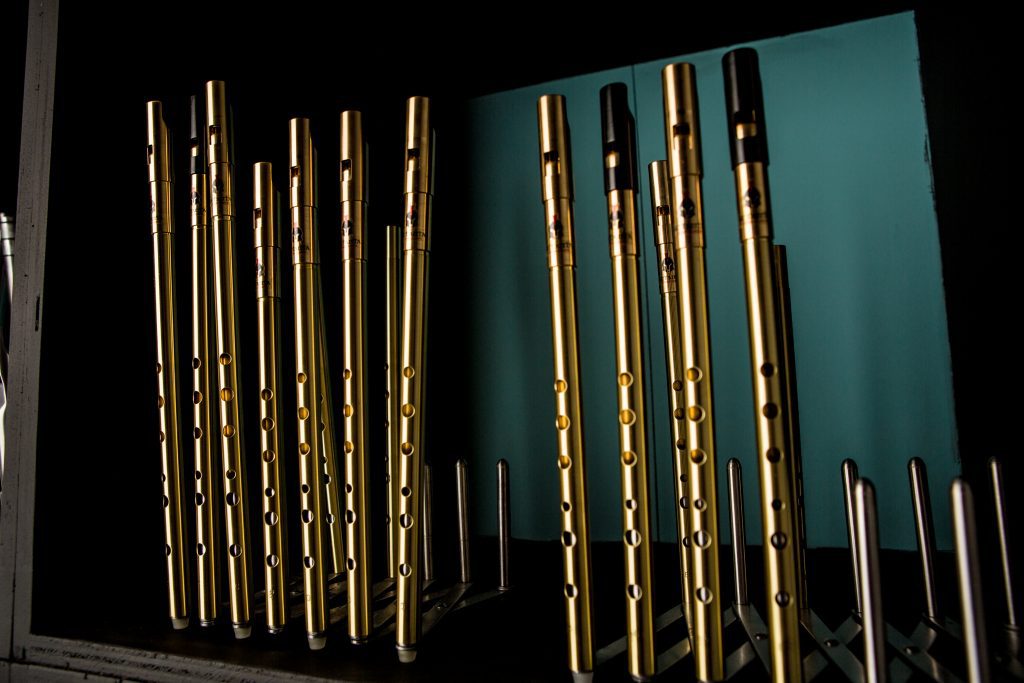 Beginner Whistles
If you’re not worried about tuning and you just want to play at home for your own enjoyment, then an entry level non-tuneable whistle might be just the thing for you. This shouldn’t cost you more than €20.

Advanced and Professional Whistles
As a general rule, more expensive whistles will have better internal tuning and will also have superior tone. There are exceptions to the rule but that’s a discussion for another day!

A standard basic D tin whistle can cost as little as €10. The professional end can cost well over €250.

As with any instrument it depends on how fluently you’re currently playing and where you envision yourself in the not too distant future.

One question I’ve been asked frequently since the launch of my new Setanta Whistle range is “what distinguishes Setanta Whistles from other whistles on the market?”

The short answer is, Setanta Whistles are professional standard whistles.

What makes a professional standard whistle?

There are a few factors…

Setanta whistles have an even tempered tuning, making them more versatile than midrange whistles. What does that mean?

You can play in any key, with other instruments, without tuning being an issue. With this more accurate tuning system, every note you play is in tune. This might seem like a given with all instruments, but surprisingly not all whistles are in tune with themselves or other instruments.

Another pleasing feature of the Setanta tin whistle is that the body is light, yet robust. This is important for many reasons. You want a durable instrument that can withstand any accidental bumps. The slightly thicker wall of the Setanta whistles makes them sturdy, without adding too much extra weight. This makes them wonderfully easy to play.

Why? The thinner and lighter a whistle it is, the easier it is to play. This ease of movement allows for faster playing, which is a must for modern players.

If you’d like to know more about the whistle making process, check out the video below:

Most importantly however, what really sets Setanta whistles apart is that they provide professional quality instruments at an exceptionally affordable price. Prices start at just €120 for the soprano range, or €210 for the low whistle range.

By comparison, Goldie Whistles start at €215 for a soprano whistle, or €275 for the low whistle range.

How Does the Setanta Whistle Compare to Other Tin Whistles on the Market?

Many popular whistles on the market today, including the Killarney Whistle and Wild Irish Whistle are based on the iconic John Sindt design.
The Setanta Whistle however is based on my own design – a John O’Brien original.

Killarney Whistles are hugely popular and rightly so. These quality whistles are ideal for tin whistle players, particularly those at intermediate level, who want to take their playing to the next level.

Potential customers frequently ask me what the differences are between this whistle and the Setanta? 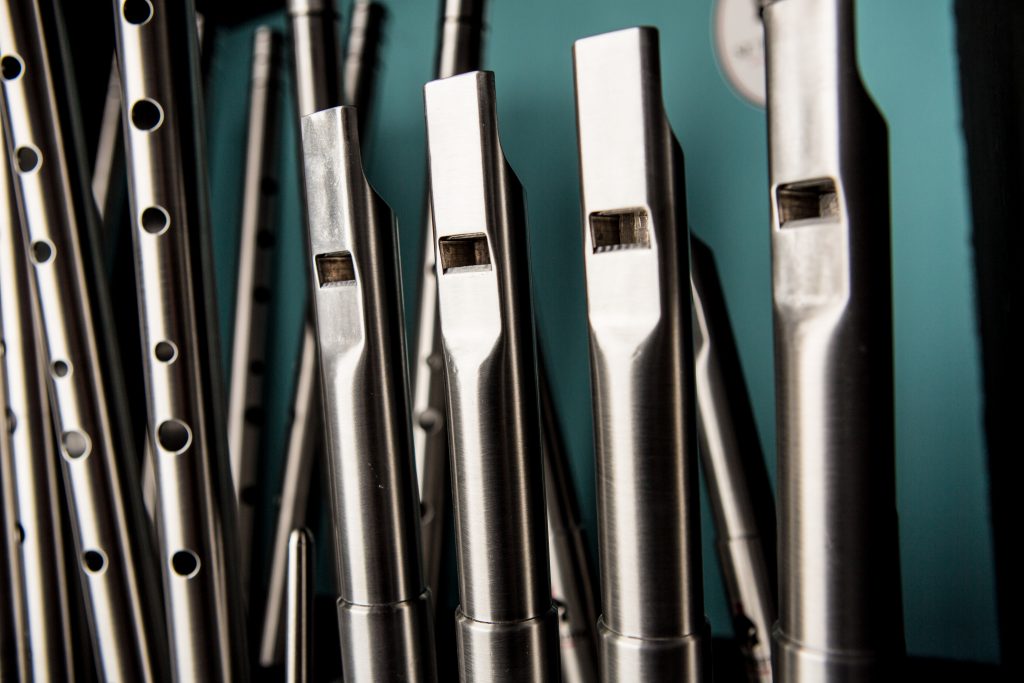 If you prefer to keep things a bit more traditional however, you can also explore the iconic playing style of the legendary Mary Bergin.

One element that is common to all whistle playing styles is the use of ornamentation. I’ve included a simple breakdown below to demystify these terms:

Now that you’re well on your way to being a tin whistle expert, why not check out our recommendations for the best beginner tunes for Irish flute and whistle players.

With the right tin whistle in hand (any whistle from our online whistle store will see you right) and a little more know how, you’ll be flying in no time!

If you’d like a little more guidance however, you can always sign up to my Ultimate Irish Whistle Course where I’ll teach you everything you need to know about the tin whistle. I’ll be with you every step of the way as I guide you along your musical journey, taking you right through from the beginner stage all the way to advanced. 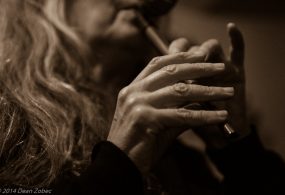 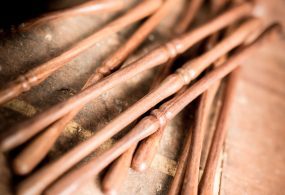