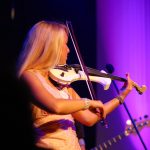 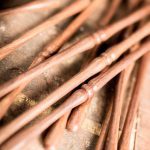 Piano accordions are contentious instruments. They’re like the marmite of the traditional music world. People seem to either love them or hate them.

To be perfectly honest, I’m not sure where this bad reputation originated. What I do know however, is that in the right hands, the piano accordion is an absolute joy to listen to!

There’s no shortage of great players around today, carrying the mantle for this oft-maligned instrument. That’s why I’ve put together this celebration of three of my favourite young piano accordion players.

So, in no particular order, here are some modern day legends of the Irish piano accordion (and a little further afield). Enjoy!

Martin Tourish is a phenomenal piano accordion player from Co. Donegal. Born into a musical family, Martin was heralded as somewhat of a musical prodigy from a young age, and rightly so.

In 2008 he was awarded Young Musician of the Year at the TG4 Gradam Ceoil – the very first piano accordion player to achieve this honour! That same year he was commissioned by TG4 to compose, produce and perform the music for their award winning TV ad, ‘The More You Watch, The More You See’:

This was the first of many exciting opportunities that culminated in Tourish writing for Grammy Award winning hiphop duo Macklemore & Ryan Lewis. Not a combination you’d expect perhaps, but the allure of traditional Irish music is far reaching and its potential endless.

Coming from a long line of musicologists himself (his ancestors were collectors of Irish dance music, dating back to 1836) it’s no surprise that Martin Tourish chose to follow in their footsteps. He studied music in DIT Conservatory of Music, where he completed his PhD studies in 2013.

Martin’s reverence for traditional Irish music is evident in each performance. It’s this knowledge of and deep respect for the rich history of the music that has, in my opinion, always added such depth to his playing and granted him a sense of musicality well beyond his years.

That being said, one of the distinguishing features of Martin Tourish’ accordion playing style is the sense of joy and whimsy he so often brings to the music. Check out his performance below with classical piano accordion player (and fellow musicologist) Dermot Dunne, to get just a small glimpse into the wealth of talent on display:

An acclaimed instrumentalist, composer, producer and musicologist, Martin’s career continues to go from strength to strength. As a solo instrumentalist, his back catalogue is not to be missed. His solo album Under a Red Sky, perfectly displays the full range of his abilities as a piano accordionist.

Martin Tourish is far more than a virtuoso soloist however. He’s a true master of his instrument, yes, but for me, the mark of a truly great player is that they can blend seamlessly with any musical ensemble and Martin excels at this. He has performed with legendary players across a multitude of genres, including the likes of John Sheahan (of Dubliners fame):

Martin may be more familiar to some however as a member of the legendary folk group, Altan. That’s right, he treads the board with the iconic Mairéad Ní Mhaonaigh and the brilliant musicians that make up the ‘hottest group in the Celtic realm‘. At this stage in their monumental music career, Altan hardly need an introduction, so sit back, relax and enjoy this masterful performance:

2021 will see the launch of an exciting new collaboration. Martin, in partnership with Italian accordion makers Bompezzo, will release his very own accordion model. This radical redesign of the piano accordion is the result of a long process of experimentation, and aims to fully cater specifically to the stylistic challenges and possibilities of Irish traditional music.

If like me you’re excited to hear this new instrument in action, you can get a little sneak peek in the video below (starting at 04:25). If the sweet, mellow, balanced tone is anything to go, I can see these piano accordions being a must-have instrument for any up and coming Irish piano accordion player:

Mairearad Green is a trailblazing Scottish piano accordion player who is revamping and updating the piano accordion’s image. Her playing is a breath of fresh air – an absolute joy to listen to. Her sweet, mellow yet lively and highly rhythmic playing could sway even the most hard-hearted of piano accordion detractors. Don’t believe me? Have a listen for yourself:

Mairearad grew up in in the village of Achnahaird in the North West of Scotland where she first discovered the accordion at the age of ten, at a music festival in the Scottish Highlands. Her playing is very much shaped by this beautiful area, steeped in culture and local traditions. Her music showcases a deeply rooted sense of identity.

Renowned today for her deft and lyrical accordion style (as well as her dextrous bag pipe playing) Mairearad is in huge demand as performer, teacher and composer.

Like Martin Tourish, composition has been a lifelong passion of Mairearad’s. In 2009 she was commissioned by Glasgow’s Celtic Connections festival to compose a suite of tunes for their New Voices series. The result of this project was Mairearad’s critically acclaimed debut solo album, Passing Places. A book of her original compositions was also published. The project’s success led to Mairearad being awarded Composer of the Year at the Scots Trad Music Awards.

Mairearad’s skill as a composer is undeniable. Composing within a living tradition is no easy feat but she succeeds in crafting melodies that sit comfortably alongside traditional folk tunes. Many of her tunes have become staples in sessions not just throughout Scotland, but Ireland too.

Mairearad has performed with some of the biggest names in Scottish folk music on stages around the world, including Mike Vass and King Creosote. She is most often found performing with the brilliant Anna Massie – 2003 winner of the BBC Radio Scotland Young Traditional Musician of the Year Award and a childhood friend, rooted in those same Scottish highlands.

The captivating young duo, full of energy and fun, are one of the greatest musical pairings to emerge in the world of traditional Scottish (and Irish) music:

A native of Baldoyle, in North Dublin (where my own workshop and music shop are located) Tadhg Ó Meachair is another Irish piano accordion player that any musician worth their salt should know about.

An equally talented piano player and accompanist, with an All Ireland Piano win under his belt, Tadhg first found himself under the spotlight as part of TG4‘s 2010 talent search Lorg Lunny – an eight-episode TV series that culminated in the formation of the band (though supergroup might be a more accurate title) – Ciorras.

Nominated by the legendary Mícheál Ó Súilleabháin – with whom he studied traditional Irish piano in Limerick University – Tadhg was hand picked by none other than Donal Lunny himself to join the best of Ireland’s young traditional musicians in forming the exciting new band.

Though he mostly played piano with the group, Ciorras still provided a platform to bring Tadhg’s delightful piano accordion playing to a wider audience.

Tadhg is also a founding member of the multi award winning band – Goitse – who have been described as excelling at ‘contagiously energetic Irish music’:

Tadhg’s influence in the musical stylings of the group is evident. His love of playing and his deep passion for music shines through in every joyous performance and recording.

Ó Meachair is renowned for his ability to create dynamic and invigorating arrangements, so it’s no surprise that the critically acclaimed quintet has garnered a reputation for what Irish Music Magazine calls ‘music that’s brimming with energy and creative zeal’.

Perhaps instructed by his experience as a piano player and accompanist, Tadhg’s masterful accordion playing frequently takes on a more accompaniment-style role in the group than is typical for piano accordion players. His sense of musicality always shines through however, and there’s no doubt he is a driving force behind the ensemble’s rich musical arrangements and harmonic style.

Never one to sit still for too long, Tadhg has also been keeping busy with his latest musical endeavour, One For The Foxes. This exciting and dynamic transatlantic trio is made up of Galway guitar player Dave Curley, Colorado fiddle player Joanna Hyde, and of course, Tadhg himself on piano and piano accordion:

Their debut album, Take a Look Around, is one I would gladly listen to on repeat all day long. This recording highlights Tadhg’s ability as both an accompanist and a melody player, as well as the wonderful Joanna’s versatile vocals.

If like these versatile players above you’ve caught the bug and want to listen to more stellar piano accordion playing, there’s always the likes of the legendary Alan Kelly or Karen Tweed. Legends in their own right who have paved the way for so many of today’s bright young players.

If you’re feeling particularly inspired, why not take a look at my range of piano accordions and see if one catches your eye? My online accordion store is also brimming with plenty of beautiful button accordions too.

If you’re looking to make a change and make the switch to Traditional Irish Music, the piano accordion is the ideal instrument for you – especially for piano players. An experienced piano player will find the transition far easier on a piano accordion than any other instrument. Best of all, it’s so versatile that you won’t struggle to play any other style of music that catches your interest.

The piano accordion is truly the instrument of the musical adventurer.