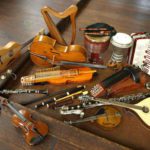 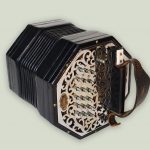 What do you call an Irish accordion?

The accordion is often nicknamed a squeezebox or just a box in the world of traditional Irish music. In the Irish language we call it a ‘bosca ceoil’ [buska key-OLE] which means ‘music box’.

How do you play the Irish accordion?

The most common accordion type you will find in Irish music is the button accordion although you will often find the piano style too.

You play the button accordion with one hand on the buttons or keys and the other hand controlling the bellows, pushing and pulling as needed, and the bass notes.

The most popular accordion for beginners is a 21 button 2 row layout on one side with 8 bass buttons on the opposite side. It’s usually in the key of B/C as this caters to most traditional Irish music tunes.

You usually hold the accordion in place with an accordion strap on one or both shoulders due to the heavy nature of the instrument.

What is the difference between an accordion and a concertina?

Accordions are usually large and heavy. Concertinas are smaller than accordions and are in fact the smallest of the squeezebox family.

The accordion produces a much bigger sound and larger musical groups such as céilí bands prefer it to the smaller quieter concertina. The concertina produces a more mellow tone and is suited for intimate performances and small traditional Irish music sessions.

How much is a button accordion?

If you are looking for a button accordion for sale online or in a music store you will inevitably come across a wide level of pricing. A good beginner button accordion can cost upwards of €500.

Popular accordions from the Paolo Soprani or Hohner range will cost more. Prices start at around €1,000 and can reach up to €30,000 for these instruments.

Handcrafted accordions by independent makers like Bertrand Gaillard can also be expensive but have the advantage of being customisable and tailor made for the musician.

What key is best for an Irish accordion?

In Ireland, the most popular key for accordion music is the B/C accordion. This simply means that one row of buttons is in the key of B and the other in C.

Another popular key among accordion players in Ireland is C#/D

Buy an accordion for Irish music 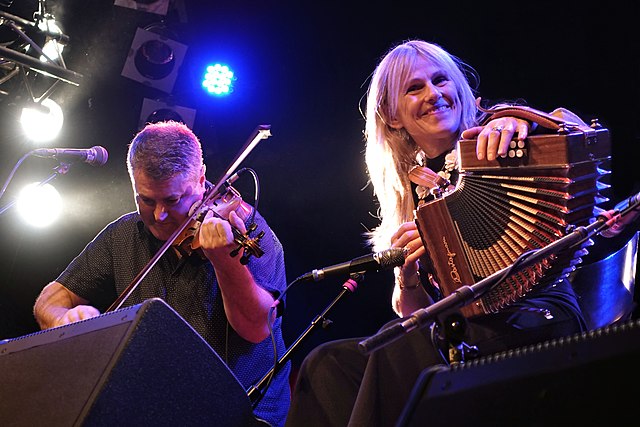 The late Paddy O’Brien and Finbarr Dwyer are very important players of the the B/C button accordion. Joe Burke, a peer of both these Irish men, still plays today.

The late Joe Cooley is a revered player of the C#/D accordion as is Charlie Harris and Tony McMahon.

Sharon Shannon also plays the button accordion and has been credited with bringing traditional Irish music to a new international audience. 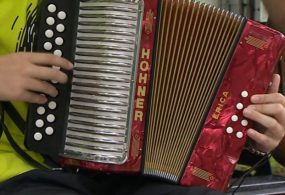 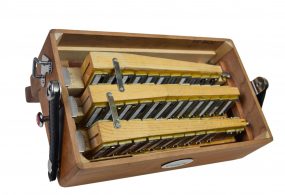 Accordions
by McNeela October 8, 2020 Add Comment
The Mechanics of the Irish Button Accordion: Everything You Need to Know The Irish button accordion is a complex instrum... 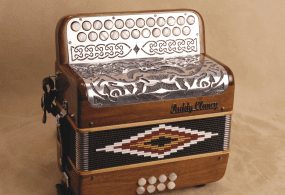