Diatonic accordions, or button accordions as they are more commonly known, have been popular in traditional Irish music since the early 20th century. They are still widely played today, serving as the perfect instrument to explore the exciting world of Irish folk music.

The world of accordions can be a confusing one however, so if you’re looking to venture into Irish accordion playing, but find yourself overwhelmed by the wealth of information available online, then look no further – you’ve come to the right place.

I’m going to teach you everything you need to know about diatonic button accordions, specifically those used to play tradition Irish music. Let’s get started.

What is a Diatonic Accordion?

A diatonic instrument is one that contains all the relevant notes contained in the major scale of the key to which it has been tuned.

Irish diatonic accordions are typically tuned to a combination of two keys – either B major and C major (B/C tuning) or C# major and D major (C#/D tuning). Other tuning systems are available, but these are the most prevalent within the world of Irish music.

What does this mean? Simply put, it means you can play all the notes and accidentals within the accordion’s given range. In other word, you can play in any number of keys. The ability to play in a range of keys is important for any Irish accordion player who wants to play alongside other musicians. 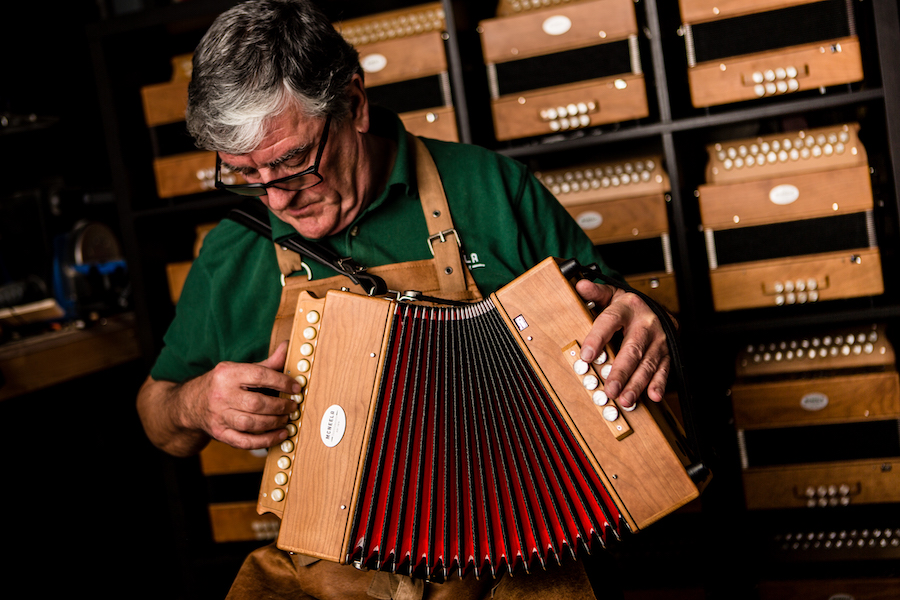 Diatonic accordions typically feature 1-2 rows of treble buttons on the right keyboard, with 8-12 bass keys on the left.

While the C#/D press and draw style of Irish button accordion playing is seeing a resurgence in popularity, the B/C playing style is the more popular and accessible option. You’ll also find a much larger range of affordable accordions  tuned to B/C.

Don’t worry though, both B/C and C#/D button accordion tunings are suitable for traditional Irish music. The difference lies in the physical playing of the instrument. Therefore, choice of tuning is ultimately a personal preference.

Both diatonic tuning systems are fully chromatic (meaning you can play in any key) and either will give you that authentic Irish sound. So neither is the wrong choice!

Click here to learn more about the differences between B/C tuning and C#/D tuning.

What’s The Difference Between Diatonic Button Accordions and Chromatic Accordions?

It’s important to note that the term chromatic accordion refers to a specific type of accordion typically used to play jazz, classical or Eastern European and Balkan folk music. Unlike the diatonic button accordion, chromatic accordions typically feature 3 – 5 rows of treble buttons, and Stradella bass similar to that of a piano accordion.

Accordions can have more than one ‘voice’. This refers to the number of metal reeds fitted to the treble side (or right hand side) of the instrument. As you already know, these reeds produce the accordion sounds.

When a single key is pressed on the treble end of an accordion, one or more reeds are sounded to produce the note. The number of voices which sound for each note refers to the number of reeds which are sounding at the same time.

These voices are controlled using switches (also known as couplers, registers or stops) which, when pressed (or pulled), causes a different set of reeds or ‘voice’ to be activated. Using these stops, an accordion player can mix and match different reed blocks producing different sounds and timbres in varying octaves and registers. 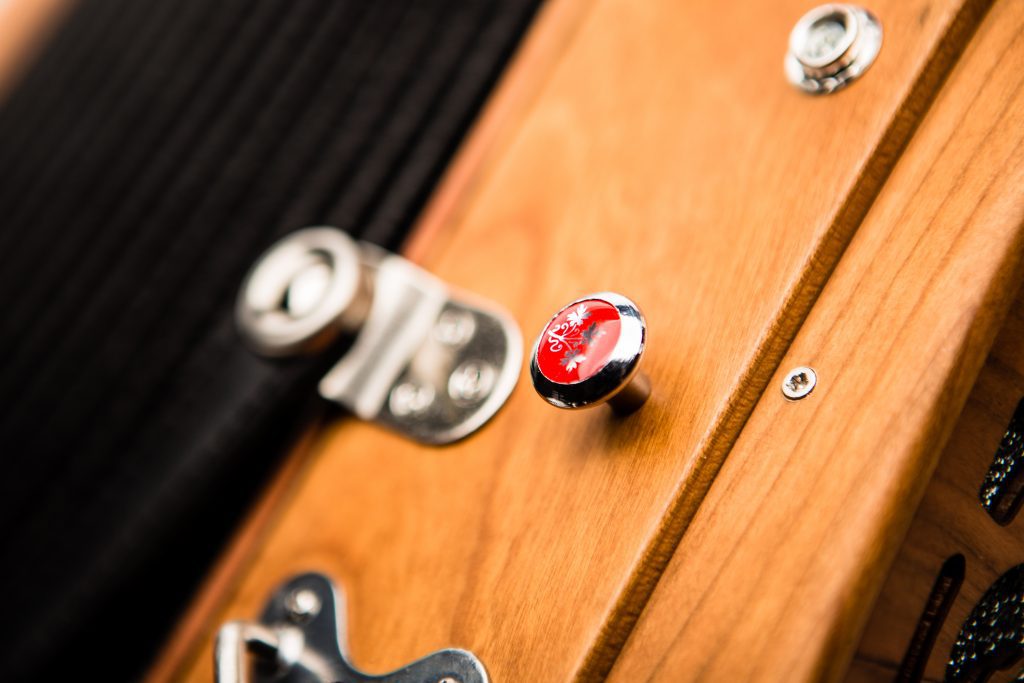 You already know that diatonic accordions can be tuned to different keys or tonalities, such as B/C or C#/D. The ‘tuning’ of an accordion however can also refer to the type of sound produced.

Choosing between wet and dry tuning really comes down to personal preference. You should try to listen to as many recordings as possible and see which sound you like best. Here are two examples to get you started.

Accordions can be set to varying degrees of dry or wet tuning using the following scale:

Legendary Irish accordion player Tony MacMahon played a Paolo Soprani Jubilee accordion with wet tuning. You can hear him in action in the video below:

Benny McCarthy from Danú plays an accordion with dry tuning however. Have a listen to the difference in the sound:

Swing tuning lies somewhere in between wet and dry and is ideal for traditional Irish music.

You should note that it’s possible to modify the amount of tremolo on any accordion with two or more voices by bringing it to an experienced maker/tuner. Some accordions are better suited to either dry or wet however. Listen to examples of each to see which you prefer.

Paolo Soprani accordions, and those inspired by them, usually have the most tremolo. Castagnaris usually have either dry or swing (half and half) tunings. Musette tuning, a heavy wet sound, is popular in Scotland and France, but going out of style in Ireland.

If the diatonic accordion is the instrument for you then why not browse the McNeela Accordion Store and explore our exciting range of Irish button accordions? You never know what might catch your eye.