What’s the Difference Between a Fiddle and a Violin?

Today the Irish fiddle and violin are the same instrument. While many years ago there were more pronounced differences between the folk variant of this beloved string instrument and its classical counterpart, today most modern musicians will favour the same high quality instruments, regardless of genre.

There are still some subtle differences in setup however that may cause a traditional Irish musician or a classical musician to choose one particular model over another.

So what are these differences? First of all, it’s important to remember that these differences are minute and also, that many traditional Irish fiddle player are also skilled classical musicians (and vice versa) who play the same instrument for both styles of music. These are not hard and fast rules so much as personal preferences that may help a musician a particular sound or musical style.

Listen to Irish fiddle and classical violin virtuoso Aoife Ní Bhriain in action on the McNeela violin below to hear what I mean:

The bridge is the part of the violin or fiddle that helps position the strings and determines the tolerance or action of the strings. The height and shape of the bridge can differ from instrument to instrument.

Double stops feature quite frequently in classical music also, but a classical violin will typically have a higher, more rounded bridge.

Advantages of a Lower Bridge on an Irish fiddle

If you find a violin that you love, but you feel the bridge is too arched, you can have the bride altered by bringing it to an experienced, qualified luthier (violin maker) who can shave it down for you. 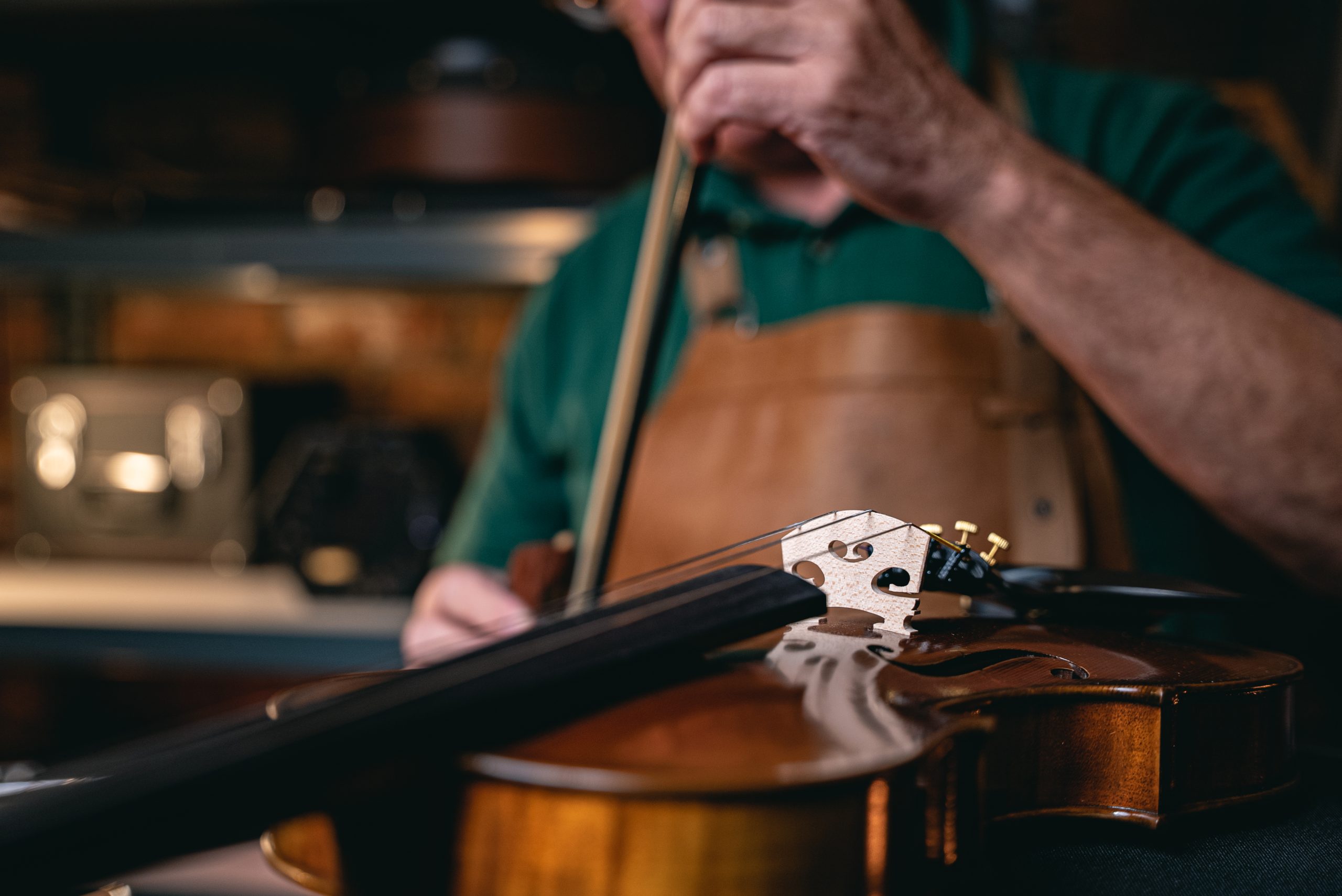 The distance between the violin strings and the fingerboard determines the playing action of a fiddle or violin.

Sometimes, in order to achieve lower action on an instrument without interfering with the bridge, a luthier may heighten the fingerboard. Some players have a preference for this over flattening the bridge. Again, this is something that you must discuss with an experienced instrument maker – not something for a home DIY project!

Dangers of Overly High Action on a Violin

If the action is too high for the player (and it’s worth noting that we are talking about millimetres in the difference here) fatigue and tension can set in on the left hand – ie, the one pressing the strings and moving along the fingerboard.

Irish fiddle players and classical violinists alike should always ensure that whatever instrument they are playing allows for a comfortable playing experinces. Strain and tension can cause long term damage that can inhibit your playing.

Inevitably, both set ups will produce a slightly different sound.

Higher action allows for greater volume and clarity, along with better dynamics. It offers a more even finger pressure along the the fingerboard, producing articulate and crisp sounds.

Lower action (typically found on an Irish fiddle) will often produce a mellower sound, but it really shines when it comes to playing double stops or drones.

NB: It’s important to note that if the action is too low it can cause potential buzzing of strings. 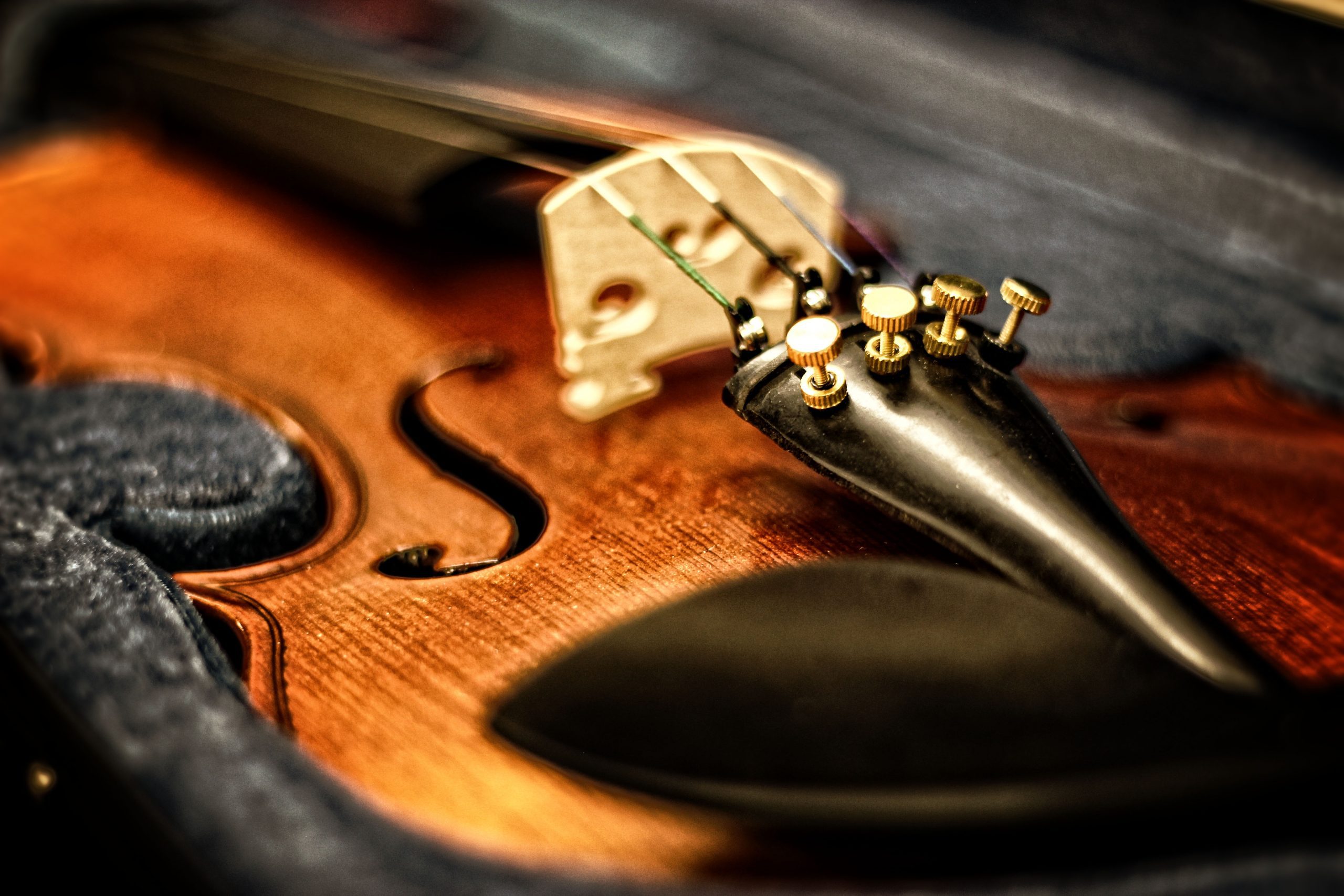 The choice of string for your instrument will most often come down to personal preference. That being said, classical violins will most often have synthetic strings, while Irish fiddles tend to opt for steel strings. There are several reasons for this.

In order to compensate for the gentler volume of low action playing, you are likely to find steel core violin strings fitted in an Irish fiddle.

Steel-core strings produce a bright and sharply focused tone, one that can cut through the mix when playing in an ensemble (or an overly loud music session).

Classical violins with a higher action tend to use synthetic core violin strings which produce a rich, warm sound.

Steel-core strings typically stay in tune for longer and can better endure the sometimes exuberant and energetic playing that fiddle playing requires.

To learn more about the many different types of violin strings, check out my handy blog post: McNeela’s Complete Guide to Violin Strings

Again I’m speaking in generalisations here, but some Irish fiddle players like to play with a looser violin bow, while classical violinists generally prefer a tight violin bow.

Of course you’ll find that there are extremes at both ends of the spectrum and preference varies from player to player. Some musicians will play with the hair almost touching the stick of the bow, while others will have almost no camber (curve) left in the bow at all.

Whatever your playing style, of utmost importance to any Irish fiddle player or classical violinsit is that the violin bow can endure energetic playing, is comfortable in the hand, easy to control and can produce a great sound.

To learn more about violin bows, take a moment to read my expert guide: Everything You Need to Know About Violin Bows

We have a great range of both new and vintage fiddles and/or violins (after all, they’re one and the same) in on our online store.

We also stock a range of accessories including bows, cases, strings and more.