One of the questions I’m asked most frequently is “how difficult is it to switch from the classical flute to the Irish wooden flute?”  So, I thought it was about time I gave you an answer.

The good news is that it’s not a difficult transition at all. I know plenty of people who play both. However, there are a few important things you need to be aware of before you start. That’s why I’ve put together this blog post, filled with all the information you’ll need.

I’ll cover the similarities and differences between the classical flute and the Irish flute, and, you’ll discover the advantages of being classically trained before you switch. You’ll also learn about the different tonal qualities of the Irish flute, plus some tips and tricks to help you master the traditional Irish flute playing style.

By the time you’ve finished reading I hope I’ll have addressed any doubts you may have and you’ll feel able to embark on this exciting new musical journey with complete confidence.

So what are the similarities and differences between the classical flute and the Irish flute?

If you’re thinking about taking up the Irish flute and you’re already classically trained, much of that training will be an advantage to you.

An unexpected bonus is that you’ll also have better posture than most traditional Irish musicians!

So what are these differences people keep warning you about?

Let’s start with the obvious ones…

The traditional Irish flute is usually made from wood, while classical flutes are typically made from silver and other metals. Wooden flutes offer a different tone and responsiveness to the silver flute, but you’ll soon get used to it.

Another difference between the two flutes is the shape of the bore. Classical flutes usually have cylindrical bores, while Irish flutes have conical shaped bores. The difference affects both the tone and the resistance of the flute.

Irish flutes don’t feature a raised lip plate. Most wooden flutes also have an older style oval shaped embouchure. This offers a different level of responsiveness than a classical player might be used to, and can take some getting used to.

This might also require you to change the shape of your own embouchure (not the flute’s!). I usually advise players to push their lower lip forward slightly. An easy way to achieve this is by positioning your lips and mouth in the same way you would to say ‘muh’ (as in M for music). Don’t be afraid to try different positions to see what works best for you!

It’s important to remember that the desired tone for the Irish flute is a bit different from the classical ideal. It’s definitely a darker tone, with hints of overtones. Don’t be afraid to blow a bit harder than you might be used to. Overblowing is a common feature of traditional Irish flute playing.

You might also notice a difference in the internal tuning of the instrument. Don’t panic. This is normal. For more information, have a read of my blog post on Traditional Irish Wooden Flute Tuning.

Irish flutes are based on the simple system flute, while classical flutes, as you know, use the Boehm-system. In other words, wooden flutes have significantly fewer keys, or none at all.

Simple system flutes also use open holes. It may take a small amount of adjusting to get used to covering them completely with just your fingers.

You should also note there is no thumb key on an Irish flute. On keyed Irish flutes, you don’t need to hold down the Eb key with your little finger either.

Differences in Playing and Technique 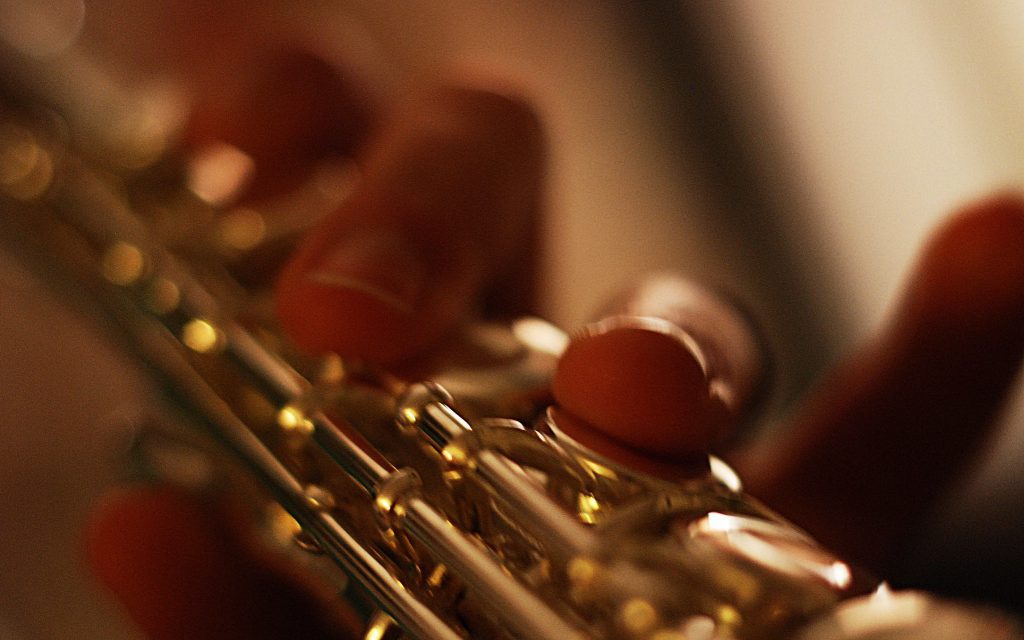 The basic scale of the Irish flute is D, while the Boehm flute is C. You can however add an extended low C key to the simple system flute, so don’t despair if you miss your lower range!

Cross fingerings are used on the keyless wooden flute to play C♮. Some players also make great use of half covering the top hole to produce the same note. The method you use depends on which gives the best sound on the flute in question. It also depends on which option makes a particular melody easiest to play (or what speed you’re playing at).

Irish flute playing does not rely as heavily on tonguing as a form of articulation. In fact, when first starting to play traditional Irish music, I would advise against using any tonguing at all. You can gradually add it back in eventually, in moderation.

You will however be the envy of flute players everywhere when you can perfectly articulate triplet phrases with ease, thanks to your classical training.

The ornamentation used in Irish flute playing differs greatly to that used in the classical idiom. On venturing into the world of traditional Irish music, you’ll encounter cuts, rolls, taps, bounces, slides and crans to name but a few. Don’t worry. This might sound daunting, but if you’ve succeeded in mastering classical technique there’s nothing stopping you from mastering these skills too.

Cuts are similar to grace notes, though I would argue they serve a different purpose. (Let’s not get into that right now though.)

One thing you won’t have encountered before are slides as they can’t be achieved using the Boehm system flute. The open hole system of the Irish flute allows for this bending of notes however, by partially covering the holes.

This is a signature sound associated with both Irish whistle and flute playing, and one you’ll want to wrap your head (and fingers) around once you’ve covered the basics.

In traditional Irish flute playing, vibrato is achieved by moving the fingers over the open holes. This varies wildly from the pulse-like breathing technique employed by classical musicians.

That doesn’t mean your previous skills are now irrelevant however. Classical style vibrato will come in handy, particularly when playing slow airs. The Irish method of vibrato really doesn’t allow for subtle vibrato while playing the notes C#, E or D. Classical technique will allow you to employ a more subtle approach.

Again, be warned. It should be used in moderation! 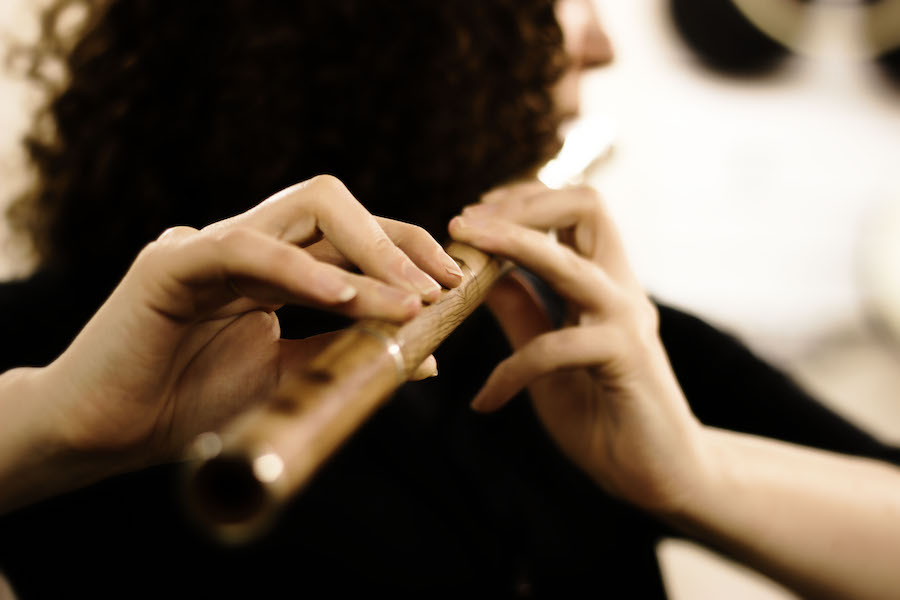 So, if you’re feeling assured, and ready to make the switch from the Classical flute to the Irish wooden flute, why not venture to our online flute store and have a look at the various Irish flutes we have on offer? We have instruments to suit all budgets and levels of playing.

If you’re not sure where to start, check out my blog posts on How To Choose A Flute For Traditional Irish Music or Which Irish Flute is Right for You? They should give you a gentle nudge in the right direction.

It is also possible however to play traditional Irish music on the classical Boehm system flute. Just look at the legendary Joanie Madden. To learn a little more about Joanie and her trailblazing approach to Irish flute playing, check out my blog post on Iconic Flute Playing Styles.

With the right instrument in hand you’ll be ready to embark on this exciting new adventure. The best of luck to you!